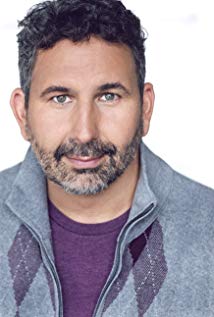 Is your scene work tired and sluggish? Are you falling back on the same tired choices and characters you always make? Do you need to get back to basics and be playful and strong again? If so, Dr. Cacky’s Improv Cleansing is for you. He’ll give you the improv equivalent of a high colonic, flushing the toxins of insecurity and indecision out of your system.

Enroll in Both of Craig & Carla’s Workshops!

Craig Cackowski is an actor, improviser, and teacher based in Los Angeles. He has been involved with the iO and iO West theaters since 1992 and is the three-time winner of the Del Close Award as Teacher of the Year at iO West. He has played numerous improv festivals around the country with his long-running three-man troupe Dasariski (with Bob Dassie and Rich Talarico) and his duo Orange Tuxedo (with his wife Carla!).

While in Chicago, he appeared in and co-wrote 5 revues for The Second City and helped create such improv forms as JTS Brown and Close Quarters. As an actor, he has been seen in recurring roles on such shows as Community (as “Officer Cackowski”), Bajillion Dollar Properties (as “Todd the janitor”), Veep (as “Cliff”), and as part of the ensemble cast of Drunk History. Other film and TV credits include Son Of Zorn, Girlboss, Shrink, Comedy Bang Bang, Newsreaders, Welcome To The Family, The Mindy Project, How I Met Your Mother, Arrested Development, Curb Your Enthusiasm, Year Of The Dog, 21 And Over, and The Kings Of Summer. He may be heard frequently on such podcasts as The Thrilling Adventure Hour, Spontaneanation, and his own podcast, Craig’s List, in which he makes Carla watch his 100 favorite movies.

Orange Tuxedo (Los Angeles, CA) is a two-person improv show from a husband and wife team who, collectively, have been doing improv for seven hundred years. The perform “Close Quarters,” with a focus on creating grounded relationships formed by eccentric characters. If you like comedy, you may have seen Craig wear various mustaches and costume pieces on Comedy Central’s Drunk History. If you like drunken history, you may have seen Carla drink various beers on Instagram.

« Be Your Own Action Hero! – Carla Cackowski Workshop