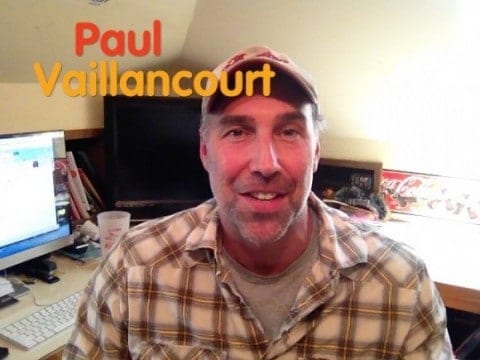 Paul Vaillancourt is the co-founder (with Charna Halpern) of the iO West and has been teaching and performing improv for close to 30 years. In that time he has appeared all over the country including such notable venues as HBO’s Comedy Arts Festival in Aspen, Chicago’s iO (where he studied with the immortal Del Close), New York’s UCB Theater, and Austin’s Out of Bounds Festival to name a few.

Paul has also had success as a writer and producer, co-creating and serving as supervising writer for the MTV hit “The Blame Game” as well as lending his writing and producing talents to a score of other shows for MTV, VH1, USA, Oxygen, Bravo and AMC.

Recently he published a book about improv called “The Triangle of the Scene” (available on iBooks and Amazon Kindle) and started producing a weekly series of videos called “Improv Tips” available on his YouTube channel PVImprov.

All 5 Workshops for $225 PLUS Two Tickets to Either June 4 Show Featuring Paul!

Maximum number of students for the workshop is 16. Students must be 18 years or older. Tuition is non-refundable.

« THE TRIANGLE OF THE SCENE Workshop W/Paul Vaillancourt